A Wounded Version of Godʼs Church 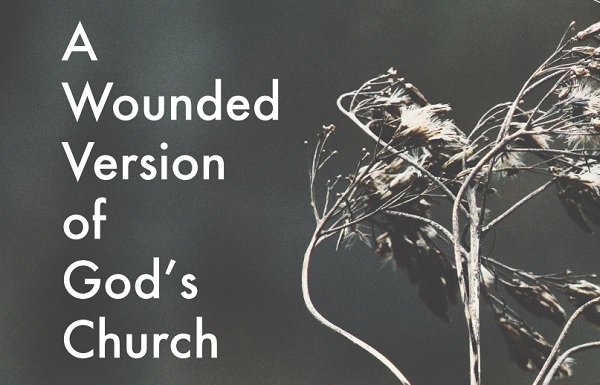 As a black woman in Western society, there is no other way to say it: I am at the bottom. In the limited imagination of our culture, both Western heroes and their muses embody the qualities opposite to my personhood. The favorite villain of the modern political conservative movement—the welfare queen—looks like me. I’m most aware of my kinship to the welfare queen when I enter areas of power, where the urge to outrun her image constantly hums in the background. I know I can fight off the threat of demonization by tossing my academic credentials, my upwardly mobile career, or my cultural knowledge at the gatekeepers of social status. They back off when my ability to speak their language causes them to short circuit, and the battle is won. But the racial backlash that fueled the political rise of Trumpism and toxic evangelicalism indicates that our society is still at war. For example, evangelicals fervently rallied around police officers when black Americans were protesting against the slew of unarmed black people being slain by police officers in the 2010s. The Blue Lives Matter evangelical support underscored how much America’s church culture values unfettered power, power that shields them and their worldview, human cost be damned. From my perspective on the margins, our power structures remain the same, and those at the top seem more inclined to burn down the whole house than to build stairs up to their level.

The Impact of Existing Systems

Although there’s much to say on the shape and toxicity of the white patriarchal West, it is just as important to have a parallel conversation about how the methodology of being seen and heard is being taught to marginalized people. My respectability politics and code switch tactics lend me temporary stability, but they do not challenge the brokenness of our transactional, selfish, capitalist system. Glossing over the problems grants me individual relief from the margins, while affording me the luxury of not having to interrogate why the margins exist in the first place.

Churches who adopt Western power dynamics, and who do not actively reckon with their complicity in upholding the margins, will ultimately contradict the teachings of Christ. Western church gestures, large and small, that bring charity to the “least of these” are tepid, well-intentioned flashes in the pan, because these gestures keep power where it is, while converting the marginalized into bystanders who preserve the status quo of the evangelical church. I have participated in missions trips, community service days, and racial reconciliation seminars that rarely integrate any lesson learned from the people they served into anything but a good Instagram post or a moving slideshow presentation. Under the presumption of giving, the lopsided power dynamics of their charity equates financial capital with holiness, allowing them to link the amount of money one has to the amount of insight into God’s heart that one can attain. The outcome is that it robs dignity from those without such financial resources.

These colonizing faith traditions explain why, historically, so many immigrants from former European colonies, like my Caribbean family, have devout Christian cultures that are often more aligned with the toxic trends of conservative Western Christianity—even when its hyper-individualism disenfranchises people who look like them, like my fellow African-Americans. My family connected with the “bootstraps” narrative that tied personal moral efforts to godliness, so they were able to embrace a form of politics that emphasized individual ascent to glory. Thus, I have simultaneously represented one of the most marginalized people groups in America, while also being complicit in upholding the culture that squeezed my own people into the margins. More times than I care to admit, I have operated under the assumption that if I coddled the ignorance of the powerful, I would become powerful. With time, I have come to discern that this fallacy rarely benefited anyone but a wounded version of God’s church.

One week in July 2016, two police officers in two different states killed two unarmed black men: Alton Sterling on July 5 and Philando Castile on July 6. Video footage circulated on my social media feeds of their deaths among my black friends, as we mourned two more deaths of people that looked like us in a country that literally owned our ancestors as property and that has inflicted physical, social, and financial violence on our bodies since it began. Later that week, a black vigilante opened fire at a peaceful Black Lives Matter protest in Dallas, TX, killing five police officers.

Although I was heavily involved with my predominantly white church at the time, attending two to four church meetings a week, my primary sources of comfort during that incredibly difficult week were online. Based on my experience of grieving the senseless black deaths that occurred before Alton and Sterling (like Trayvon Martin and Tamir Rice), I was used to the silence that met my black body when I crossed the church threshold the following Sunday, a whitewashed silence that refused to acknowledge any part of my identity other than of being a Christian. When the pastor’s wife began her prayer that morning with a note that we have to pray for all of our American cities, my heart leapt with hope for potential empathy. But it fell when she only mentioned Dallas, only the lives of the police officers, only the deaths of the power and authority of America. For the broken-hearted black and brown bodies like my own, straining and dying under the weight of bigotry and the willful ignorance that enabled it, there was only silence.

America’s churches cannot treasure authority and work to protect it at all costs, if it seeks to please the heart of Jesus. When the only grief that registers in the imagination of church leaders is the grief of the powerful, while ignoring the cries of the oppressed, our God is no longer the Father of the fatherless or the Caretaker of widows and orphans. Our gods have become our own understanding, our bellies, our status, our close-minded selfishness. God’s loathing of this myopic approach to faith is what fueled Jesus’s diatribe against the Pharisees in Matthew 23, calling the spiritual leaders “hypocrites” and “whitewashed tombs” who paid their tithes but “neglected the more important matters of the law—justice, mercy and faithfulness” (Matthew 23:23, NIV). The whole chapter features Christ our Savior, who we purport as our Lord, actively opposed to a church that serves as a shrine to the powerful. What would justice, mercy, and faithfulness look like if they were not filtered through the lens of a majority culture that protects the powerful and their kingdoms? To be the kingdom of God that brings freedom, not colonization, we must humbly seek the answer to this question.

“Anyone who loves their life will lose it, while anyone who hates their life in this world will keep it for eternal life.” - John 12:25

Tamara Johnson is an aspirational polymath trapped in a scientist’s body. Forever an ATLien, her love is for nature and cities. After over a decade of being away from the black earth, she is glad to return to her roots to continue singing the gospel in the key of social justice.