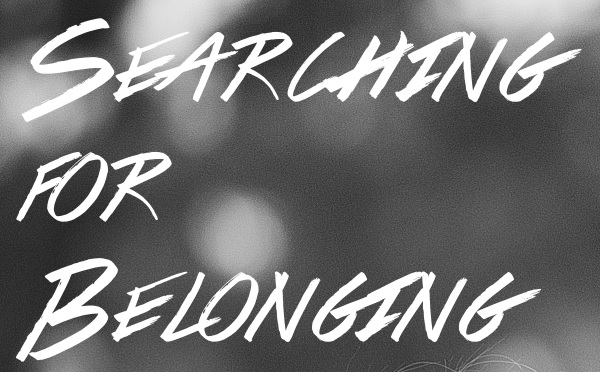 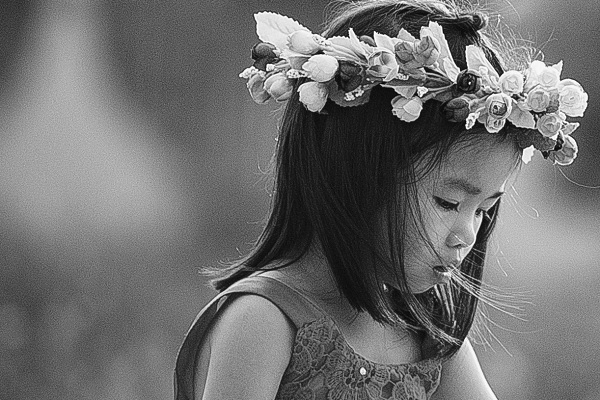 It didn’t take long for me to learn that I was different. I was waiting in line for my school lunch, standing in front of the counter, my six-year-old self just tall enough to see the cafeteria moms doling out our food, when a classmate came up to me. I don’t remember who it was exactly, but I remember their question.

I shook my head.

Eyes widening, looking incredulous, they asked emphatically, “Then what are you?”

I felt confused. What does it mean that I’m Korean? I realized I wasn’t sure.

Fast forward a few years. I was at a big maternal family reunion in Colorado, and my cousins and I, all from Korea, were hanging out together in the basement. This was the first time I was meeting cousins around my age, and I was super excited. I desperately wanted to fit in, but I felt awkward and unsure. After chatting away together, my cousins started singing some children’s songs in Korean.

“어린송아지가 부뚜막에 앉아 울고 있어요~” I had been zoning out while they had been talking (partly because I couldn’t understand everything), but at that moment, my ears perked up. I knew this one! My mom used to sing this to us when we were really little. I wanted to sing along, but before I could start, I overheard my cousins talking in Korean. “They wouldn’t know this song…” It took me a second, but then it dawned on me… “They” were us (me and my sister).

Though my elementary school classmates and my cousins came from two different continents, they managed to communicate the same exact message (telepathy!). You aren’t one of us. You don’t belong.

Not American. Not Korean. If I wasn’t American, and I wasn’t Korean, then where did I fit? Where did I belong?

This question followed me into my experience with church.

For most of my life, except for a brief stint at a Vineyard church, I grew up in a Korean church, which if you know anything about Korean churches, had its own unique flavor and social system. There was a clear divide between the 1st generation, 1.5th generation, and 2nd generation. Within the youth group, there were the “Korean Koreans” or more colloquially, “the fobs,” and the 2nd generation Korean-Americans. Because of my brief stint with the charismatic church, I came back as an “other,” outside the whole system. Not in with the Korean-Americans but not Korean enough to be in with the Koreans.

In middle school and high school, outside of church, among my classmates, I felt more comfortable. I found a group of friends that were neither American nor the culture of their parents, like me. Although we came from different ethnic backgrounds, we were all children of immigrants, and in that, there was an unspoken understanding. We knew that during the summers, there was a high chance we’d go back to the motherland. Or that at lunch, instead of PB&J, we’d bring some other food that other people might deem weird. Instead of fawning over the popular jocks, we’d be discussing our favorite Kpop group or Wang Lee Hom in precalculus. Instead of going out to parties on the weekends, we’d be having a “wild party” at the Metropolitan Youth Symphony practice, or an intimate date at home with our textbooks. We got it. Without saying much, we found each other.

But then, something happened that changed things. Burned out from life, I began to read the gospels, and throughout the process, I met Jesus. He was both much scarier and much gentler and kinder than I had thought. His words had power and spoke right to my soul. I was confronted both with the weight of my sin and at the same time, his beauty and grace. My life began to change, and he became my Lord, and not just my Savior.

In this process, I began to see the world with new eyes. In places I’d felt like I’d belonged, I no longer fit in; in a place where I hadn’t, I found that I did. This time, it was less external and more internal. I realized as I read the gospels that much of what my friends valued and worked towards (and I had too)—high SAT scores, getting into a good college, honors and accolades, popularity—weren’t really all that important. And the things we’d talked about—boys, colleges, gossip—weren’t all that interesting. At church, I found that though socially, to some extent, I was still an outsider, internally, something had changed.

I remember one Friday night youth group, we broke up into small groups to pray. Before, I’d often felt awkward praying—just regurgitating the memorized words, “Dear God, thank you for bringing us here today. Please help us learn something,” etc., but this time, something felt different. As we prayed, and as I heard others around me praying, it struck me. We were praying to the same Father. I knew him. And so did these people around me. I belonged.

As I grew in faith and in my walk with God, I thought this desire for identity and belonging was resolved. I felt comfortable in my identity as a Korean-American. Despite not being fully accepted in either category, I still felt that these were both a part of me. More importantly, throughout college, I found people who had also been changed by Jesus.

They were excited about Jesus, and I belonged with them.

However, after I graduated from college, I joined a Christian campus missions organization, where I served both domestically and overseas, and questions I thought had been laid to rest were brought to the forefront again. They were heightened overseas by my being the only non-white person on my team and in a totally different culture. I found that although we were all Christians, I still felt “other.” There seemed to be a shared understanding about what was what and how to act, but I wasn’t in on it. In my city, there were also many Korean missionaries from South Korea. Again, I still felt on the outside. As I went to conferences and read articles about how I was supposedly wired or how the team was at least a place where we could be understood even though the culture we were serving didn’t, I felt the irony. In the “we” that was being repeated over and over, I felt like, no that’s not me. I felt I had lost something, that a part of me was disappearing.

Distressed, I prayed. Through different people and older sisters in Christ, God has been giving me comfort and answers. My Korean heritage and American upbringing are something to celebrate; although there are broken, sinful parts of both cultures, there is also beauty. These also inform my Christianity, and how the gospel takes root and transforms me uniquely. I’m learning more to explore and appreciate both. However, these aren’t my primary identity. I belong but only in part. Just like Jesus was Jewish. But before he was Jewish, he was the Son of God. I’m obviously not Jesus, but I am a daughter of God! Jesus was also Jewish not just for the Jews but for the whole world. In the same way, I’m called to him not just for Koreans and Americans but for people of all backgrounds. 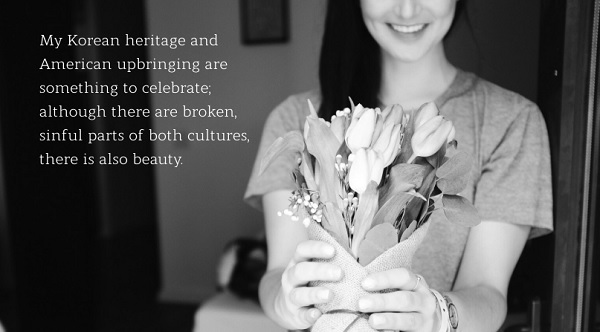 We are sojourners on earth. We don’t belong here. For many who belong to a specific culture, this may not be as easy to see. It’s like air. We breathe it in, but are we ever really aware that it’s there? Or water for fish. Do fish really know they’re in water? For those of us who already feel on the outside, this reality is much easier to grasp. Like a human looking at a fish—we know that it’s in water. Although there is hardship and loneliness in being in the awkward middle, it’s also a gift—a gift to not get too comfortable here, a gift to see others who aren’t as easily seen outside the borders of belonging, and a gift to be able to rightly long even more for our home in heaven.

Julia Kim is currently a student at Gordon-Conwell Theological Seminary and ESOL teacher. Originally from the suburbs of Detroit, Michigan, she moved to the East Coast eight years ago for college, and has been there ever since (minus one year overseas). Besides reading and writing, Julia enjoys photography, art and music.