Priestly Identity in the Place of Prayer 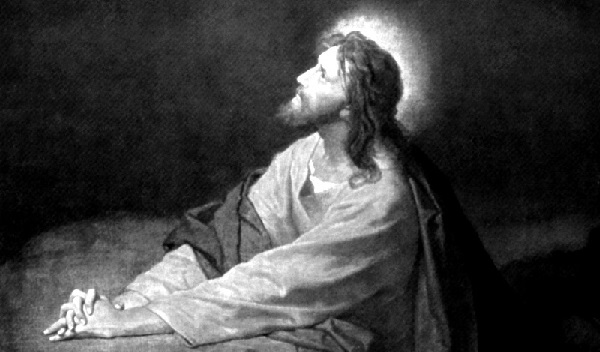 Prayer means so much and serves many different purposes for followers of Jesus. At times we pray to receive something from God for personal needs, often in the areas of healing, finances, relationships, and success. This type of prayer is called supplication, and it is similar to intercession, which occurs when we are asking on someone else’s behalf. Both are necessary aspects of prayer. At other times, we pray to get closer in our relationship with God, and there prayer looks like loving him as we hear his voice as he responds to us talking to him. I call this intimacy, and it is also a needed facet of prayer.

For most of my Christian walk, and even when I served as an elder, I experienced prayer in all these ways. As a church, we regularly encouraged people to pray to get closer to God. We also asked him to bless our various ministries and prayer meetings, and we consistently prayed for him to protect and provide for our missionaries and efforts overseas. What I failed to realize, however, was that for me prayer was merely a transaction—when I (or the church) asked God for something, he would respond, and I then went on my way with whatever he had given me. Whether I was praying for personal things or for others to be blessed by the Lord, I usually saw prayer as a request to be filled, much like filling a prescription from the pharmacy. A few years ago, though, during a visit to the International House of Prayer in Kansas City, MO, God revolutionized my thinking and exposed me to a greater reality of prayer.

I walked in their prayer room to find many people worshipping and praying as the worship team led their prayer set. (Their around-the-clock prayer meeting is divided into two hour blocks of worship, meditation on the word, and intercession.) I found a place to sit, and after I settled in, I began to look around the room. I noticed that they had posted various verses on the walls. One of them, Ezekiel 44:15, gripped me. It says, “‘But the priests, the Levites, the sons of Zadok, who kept charge of My sanctuary when the children of Israel went astray from Me, they shall come near Me to minister to Me; and they shall stand before Me to offer to Me the fat and the blood,’ says the Lord God.” As I read that scripture, something I’d never considered profoundly struck me, and I had to ask myself who worship and prayer were for—me or God? In a moment, I saw that the nature and priority of the priesthood was first to minister to the Lord. I realized that so much of my perspective on prayer had been focused on how I and others could be ministered to, instead of how I could minister to God. From that time on, I began to understand the priesthood of all believers at a deeper level. First and foremost, we are to minister to him. What was the main responsibility of only one tribe under the old covenant was now the privilege of all believers in the new covenant through Jesus’ body and blood!

This perspective has influenced us greatly in the work that we are doing at NovaHOP, the praying community that I lead in northern Virginia. We want to use prayer for more than making transactions with God, so we are pursuing a reality where the priestly role of the believer is taken seriously and given priority. Our starting point is the first and greatest commandment which calls us to love him with all of our heart, soul, mind, and strength (Matthew 22:37-38). In our corporate meetings, we focus on coming before God primarily to minister to him through worship and prayer. Intercession also gets affected by this perspective. Because we want to pray according to his perspective and priorities, we use scripture as we pray God’s word regarding different intercessory focuses. And in general, we set our hearts on the Lord first, confident that God will meet all our needs when we seek his kingdom and his righteousness first. God is not a liar, and our trust is well-placed when we take action on his word concerning our main heart priority—his kingdom, his glory, his person.

I believe that God is calling his people all around the world to be his house of prayer (see Isaiah 56:7), and I believe that from this place he wants to raise up priests and lovers of God and not just mere workers. There are many ways to rise into this promised identity— praying alone at home, praying in groups with others, praying with your church, and praying with others in your city or region. The perspective you take on prayer is critical, however. Is God a vending machine, dispensing stuff when you put in prayer? Or is he the One in Revelation 4 who sits on the throne, the One whom all the elders and angels fall down before to worship and minister to? I exhort you to adopt the latter view of God. Embrace your role as a priest who, like the sons of Zadok, loves God and comes before him to minister to him first.