Counting the Cost of Sharing the Gospel: 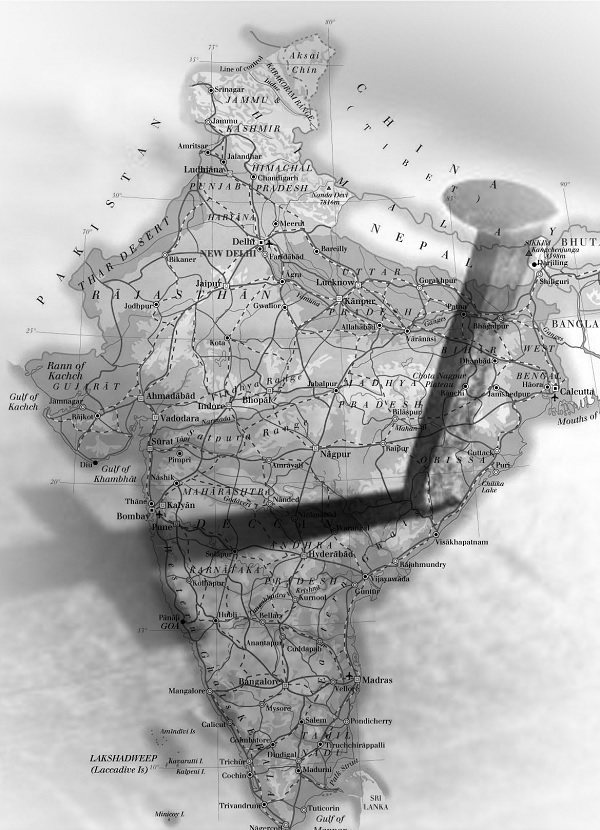 The power of the Gospel remains the same yesterday, today and tomorrow. While this is great news, there is the reality of the momentary affliction, sacrifice and cost of bringing the good news to India.

According to the Evangelical Fellowship of India, in 2010 there were 149 violent attacks on Christians in India. The average per year is 130. The majority of the attacks occurred in four states—Karnatacka and Andhra Pradesh in southern India, and Madhya Pradesh and Chhattisgarh in north-central India. Approximately 2.7 million of the 27.6 million Christians live in these four states.

In land size, India is the seventh largest country. It has the second largest population at around 1.2 billion people. The country is made up of a plethora of religions including Christianity. Based on the 2001 census, the following is a breakdown of the major religions in the area—Hindu, 80.5%; Muslim, 13.4%; Christian, 2.3%; Sikh, Buddhism, Jain, Jewish, Zoroastrianism, Bahá, and tribal religions, 1.9%. Only 2.3% of the population is Christian, however this represents 27.6 million people. To say the entire country persecutes Christians would be inaccurate, but persecution is prevalent in some areas. 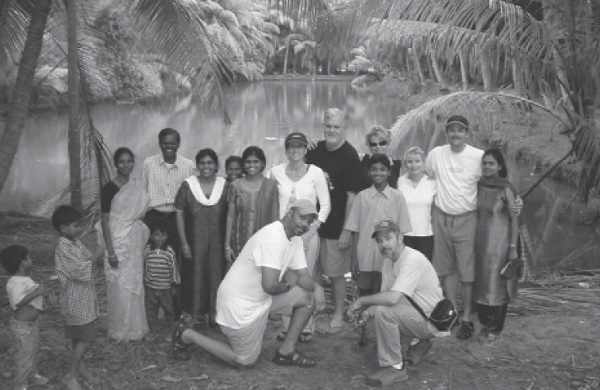 Ozzie kneeling down in front on the left.

On Jan. 21, 2011 the Associated Press reported that India’s top court confirmed a life sentence was given to a Hindu who burned to death an Australian missionary, Graham Staines, and his two sons, Philip (10) and Timothy (8), outside a church in eastern India. Though the killer, Dara Singh, was originally sentenced to death, the sentence was reduced to life in prison on appeal. The judges explained that though Singh’s actions were “highly condemnable” it did not fall in the category of the “rarest of rare to warrant the death sentence.” I am not sure what rarest of rare means in the Indian culture, however Singh and the mob he led ignited the jeep that Staines and his sons were sleeping in while they worked in the tribal village of Manoharpur. They were assisting leprosy patients.

In Kandhamal on Dec. 29, 2010, it was reported at Persecution.org that L. Mahanty, a government official involved in development and construction, mistreated Christians and opposed five Christian families from rebuilding their homes that were destroyed during an anti-Christian program. During a recent visit to the area, Mahanty shouted, “I will kick you out from here. The Hindus will cut you to pieces and throw you out and then you will know. Who told you to build your houses here?” The original homes were burned by nine Hindu radicals who were sentenced to five years of enforced labor in prison and a fine of five thousand rupees (approximately the equivalent of $109.41 American dollars).

Also reported at Perscution.org were four separate attacks against Christians on Dec. 10, 2010. The first occurred in Bangalore where extremists attacked a church during a Sunday service, threatening approximately 50 participants. Two attacks occurred in Shimoga where Hindu extremists assaulted and dragged four Christians out of their churches and then had them arrested on false charges of proselytism. The fourth incident targeted the Christians of the Pentecostal Church of Jyothinagar. A group of 40 extremists surrounded the building during services, throwing stones and shouting anti-Christian slogans.

While these are just a few examples of ongoing persecution, there is little doubt that it exists and it is not random. These attacks are planned and carried out with vengeance. This same pattern is not new and is very similar to one used against Christians in Russia during the 1960s (documented by Sergei Kourdakov in his book, The Persecutor). Governing bodies, radical extremist groups, or even splinter groups can and frequently do use citizen groups to accomplish their goals, and when things go awry some or all of the perpetrators either receive minimum sentences or fines. While it is not possible at this time to determine who is behind the Christian assaults, it is clear that someone is organizing radical Hindu groups to orchestrate these attacks.

Consider the timing of these events. On Dec. 12, 2010, Catholic statues and monuments were decapitated and disfigured. On Dec. 16, Father Thomas Chirattavaylil was seriously injured when masked men attacked him during the night. On Dec. 18, Hindu fundamentalists beat a dozen men and women who were singing Christmas Carols. Following that on Dec. 20, laborers on a coffee plantation were beaten when they took a break to pray together.

All of these events took place as Christmas approached. In several of these cases the Christians who were assaulted were then arrested and charged with various crimes, including that their actions insulted Hindus. While the Muslim population is substantially larger and more of a threat to the Hindu religion than Christianity, it is interesting to note that there are few if any attacks on Muslims.

This video link http://www.youtube.com/watch?v=0dT8_Tl7krw shows a Christian being beaten for handing out tracts about Jesus. It is disturbing. The police did not intervene.

Though the majority of the attacks on Christians are currently focused in four states, the potential exists for the extremists to move into other areas, especially when the court system of India does not adequately enforce its own laws. The laws of the nation of India provide for freedom of religion to all Indians—however, they continue to prevent Christians from living in peace.

In spite of the persecution, God will always seek out those who will hear His voice and proclaim His Word.
“He who has an ear, let him hear what the Spirit says to the churches. To him who overcomes, I will grant to eat of the tree of life, which is in the Paradise of God.” Revelation 2:7

Ozzie Bloxson serves as a pastor and evangelist at Covenant Community Church in Fort Walton Beach, Florida. Since 1998, he has conducted twelve crusades in Andhra Pradesh to reach the lost for Christ.